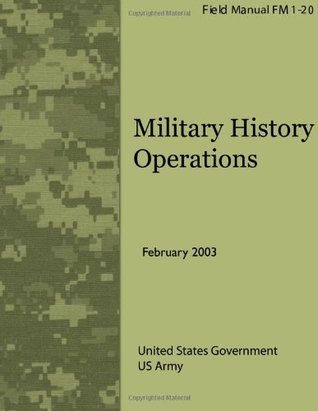 FM 1-20 provides basic doctrine describing the roles, relationships, organizations, and responsibilities of Army component command historians, historians, unit historical officers, and military history detachment (MHD) members in the United States Army. It describes, but does not extensively cover, historians and historical offices of units at echelons above corps and at the joint level.

It is designed to provide historians, unit historical officers, commanders, and staffs the methods to preserve and document the history of the U.S. Army. It explains how the Army conducts military history operations during wartime, for both deployed forces in the combat theater and those units supporting the operation.

It reflects lessons learned in past operations and theories tested at the combat training centers.